Episode begins with Veer tells Bani that whatever they had between them since beginning was nothing in fact everything was lie and tells her to leave from his life if she doesn’t want to insult herself more then. Bani tells Meera about what Veer told her. She says she just wanted time to realize her feelings because she and Veer were enemies but he behaved like this. She asks how can he say this much big thing just like that.

She recalls their moments and how he took stand for her always. She says he said everything was lie and says first time she confessed her feelings to him but he hurted her saying like that. Meera asks did she felt that everything was lie. Bani says that can’t change anything and realises that whatever yesterday happened was not lie.

Later Bani discusses with Veer’s family about Veer’s changed behaviour. Jay says Veer was like that only always. Daksh says what if Veer actually hates Bani now. Taapish says that’s not possible and says that he knows one person and that person can help them to know what happened to Veer. Bani says someone has to stay with Veer and tells Daksh, Ponky to stay with him for his safety.Bani, Jay, Meera and Taapish reaches one place to meet that person who can help them. Taapish says that person comes out by his will only. Bani prays to God to send that person to help her.

Taapish says that person may take time for his arrival. Bani pleads that person to come out to help her. Jay says they should not believe that person. Meera says they doesn’t have much time to wait so they should leave from here to find another way. They were about to go from there but stops hearing voice. That person asks why Nageshwari came to meet him.Ponky notices that moon is visible at day time.

Daksh says they has to protect Veer. Bani shocks hearing her name from him. That person asks did she ever wondered why she married an eagle. She says she feels it’s her destiny. He says she just needs to move towards the destination and leaves from there. Bani smiles and says she got her answer and runs from there.

Veer wakes up hearing some voice and comes out of the room. Ponky, Daksh tries to stop him but fails. Veer flies towards the moon hearing some voice. Daksh, Ponky follows him. Veer falls down in moon and loses his conscious. Ponky tells Bani that Veer left and he could not follow him after some time.

Jay asks how morning become night just like that. Veer regains his consciousness hearing some voice. He meets one girl and asks who is she. She asks doesn’t he remember her. She says she is princess of moon. He addresses her as Chandini. She says she was waiting for him only till now and she lives in moon only and asks will he stay with her. Veer marries Chandini. Other side Jay and Bani gets ready as bride and groom.

Bani says Veer was not like that because she knows him after all she is his life. They gets mehandi ceremony pictures. Bani sees Veer’s pictures and notices the change of his eye color and gets to know that it’s related to moon. She says she wants to stay alone to think about it and goes to her room. She recalls that Veer knows someone in moon. Chandini asks Veer that will he marry her. He agrees to marry her. Bani decides to go moon to get Veer.

Jay says they are snakes and they can’t reach moon. She says she will bring back Veer and asks will he help her or not. Bani meets Maarkat. Maarkat says she is regretting for her mistakes and pleads Bani to release her.

Precap – Bani says she saw that Veer was marrying someone. Bani marries Jay. 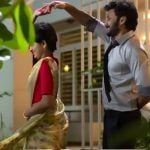 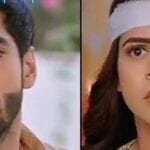 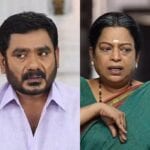 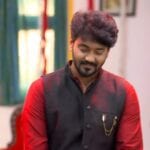