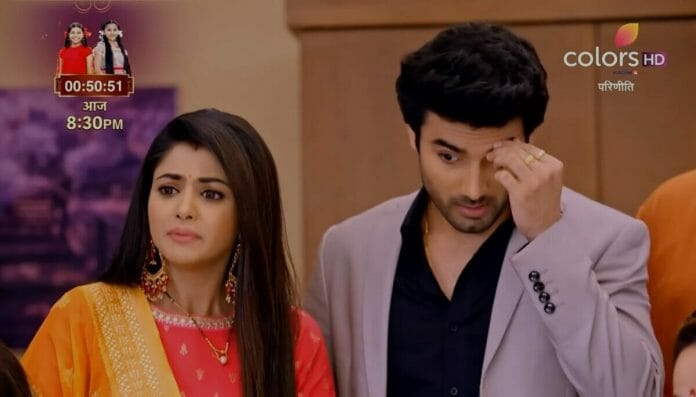 Parineeti is Colors TV’s popular show. This show never fails to entertain its audience with a unique story line. Now, the series focuses on Parineet to confess the truth

In the recent episode we see; Rajeev gave a surprise to Neeti. Both danced together for a romantic song. Parineet was hurt to see them together. She closed the window to avoid them. Biji pranked everyone to test their love for her. Neeti went to attend a call. Biji shared with everyone about Lohri. She added that it was Rajeev and Parineet’s first lohri after their wedding.

She ordered everyone to celebrate it well. Neeti asked about it Biji insulted her. Later, Neeti shares her expectations with Rajeev. Rajeev said to her Biji doesn’t know about their relationship so it’s impossible. Parineet assured Neeti to help her.

Parineet cried thinking about Rajeev closeness with Neeti. Later, Babli asked Parineet to get ready but she denied it. Rajeev convinced her. Biji gifted a beautiful dress to Parineet.