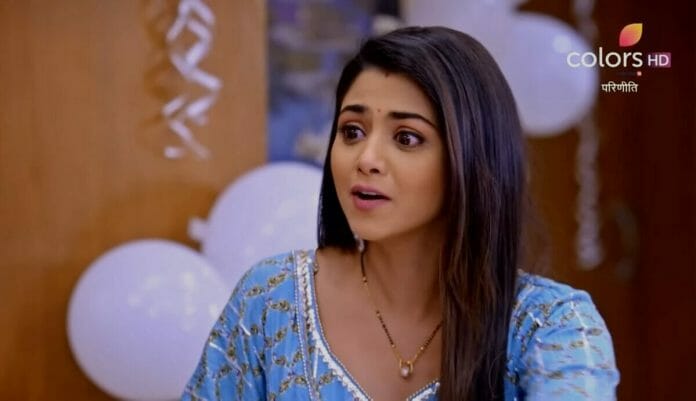 Parineeti is Colors TV’s popular show. This show never fails to entertain its audience with a unique story line. Now, the series focuses on Neeti to find the truth

She was shocked to find Vishal there. Neeti said to her it’s a surprise for him. She narrated to her that he met with an accident. She brought him to home. Rajeev helped Biji to find his specs. Biji asked Parineet what was she doing there.

She asked Rajeev to find the album for her. Later, Rajeev was shocked to find Vishal there. He dreamt like he was got caught by Neeti. Biji revealed the truth to Neeti. Later, Rajeev hide inside the restroom with Neeti. Biji heard her voice.