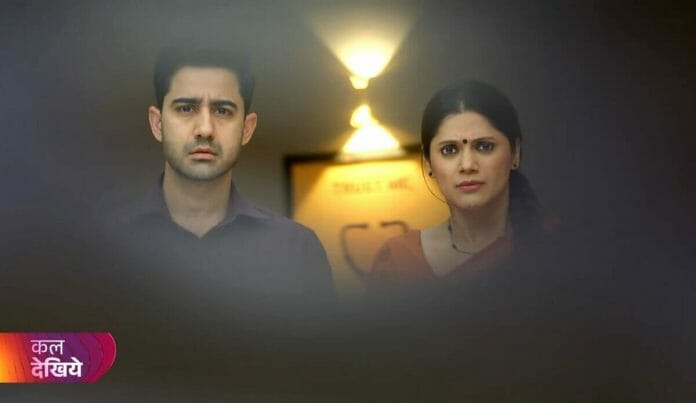 Previously we have seen that, Jogi unplugged the oxygen supply from Dharam’s nose and he struggled breathing. Pushpa was also present near his ward and saw his struggle to breathe. She immediately fixed the oxygen supply an saved him. Mansi thanked her for the same. DCP Tejaswi revealed about a bridge collapse and every accused involved in it dying except one person who’s Dileep’s Patel.

She’s on a hunt to track him down unaware that it’s Dharam. Sunny confronted Bapodhara about the property and refused to sign NOC. Oberoi refused to go ahead with the deal without the NOC. Mansi said Dharam that their company’s employee Ashwin Patel nd his mother Pushpa Patel were the ones who saved him and he asked her to thank them.

Mansi asked him to thank them himself and called them before him. Dharam got shocked seeing Pushpa and his heartbeat increases. Mansi rushed to call Doctor. Doctor told that his BP shot up a nd asked hi to rest. Pushpa while leaving heard him take Mansi’s name and got shocked with his voice.

She shared her doubts with Kaku who asked her to get out of her past and move on with her life. Pushpa listened to her words and got rid of her confusions. Dharam made Pushpa’s family tree but doesn’t know about Rashi.

He crushed the paper and planned to return abroad soon. Bapodhara planned to tie up back with Mansi as Oberoi can’t blackmail him with his secret anymore. He called Mansi and Dharam got shocked hearing Bapodhara’s name. DCP arrested Jogi Dhayal.

In the future episodes we will witness, DCP will check the trash can and will find the family tree paper crushed in it. She will get doubtful. Pushpa will get electrocuted.