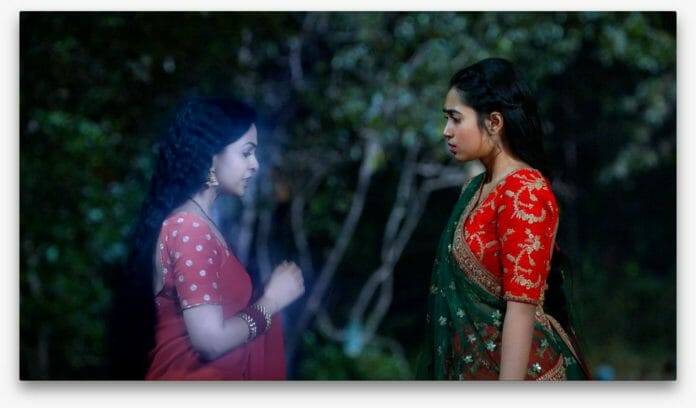 In the Wednesday episode of Prateek Sharma’s “Pyaar Ka Pehla Naam: Radha Mohan”, the audience will see that Tulsi tells Radha that Mohan will hate her but will not let her go too, and he will be miserable and asks her not to give up because Mohan knows that Radha is the best for Gungun and he will do anything for her and eventually he will fall for her. She then asks Radha if she is ready to marry Mohan and face his hatred too.

Radha agrees and tells her that for his happiness, she is ready to face his hatred too. Tulsi is happy and hugs her. But Radha asks her what they are going to do. Tulsi tells her that they will have to stop the wedding, and asks her to do as she says.

Kaveri asks Damini not to react, but Radha tells her that she loves Mohan and can’t live without Mohan and Gungun. Damini thinks Radha and Tulsi haven’t met yet and tells her that Mohan was always her. Damini then tells her she can die if she wants. Radha is happy that she has some proof. Radha then calls Mohan but he tells her that he has no intentions of speaking to her and asks her to stop calling him.

Radha asks him why he threw her out of the house, but Mohan tells her that now he is marrying Damini and doesn’t want to be in any relationship with her. Tulsi then tells Radha that now it’s time for the second step.

Meanwhile, Damini is tying the kavach around the house, and Kaveri tells that it will stop Tulsi but what about Radha? Damini then calls the goons from her phone and asks them not to let Radha inside the house.

At the same time, Tulsi brings the bridal outfit and tells Radha that it’s hers now. Mohan is also getting ready and so is Damini. Tulsi is about to put a chunri on Radha, but Radha tells her that she has a chunri. She remembers the chunri with Mohan’s name written on it. Radha then tells Tulsi that she doesn’t have any siblings but from now onwards you are my sister.

Tulsi gets emotional hearing this and tells her that from today onwards in every fight I am with you. They hug each other. Keep watching “Pyar Ka Pehla Naam: Radha Mohan” to know what happens next.