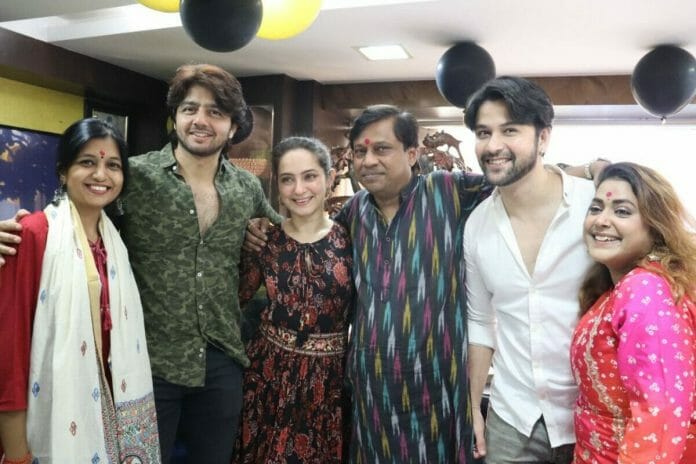 Santosh Gupta, who has been associated with celebrities like Rashami Desai, Sakshi Dwivedi, Arjun Bijlani, and Sharad Malhotra, recently launched his new production house and advertising agency, Made In India Pictures. The company will work on streaming cricket matches, and advertisements, as well as creating content.

It is an extension of his company Pinnacle Celebrity Management, and they will be signing Bollywood artists too under the banner. Actors present at the pooja and launch were Aparna Dixit, Sumit Bharadwaj, Alan Kapoor, Simba Nagpal, and Lavina Tandon, among others.

For the longest time, viewers have seen cricket matches only on Star Sports, Doordarshan, and after the OTT boom on Sony Liv, and HotStar, however, with Made In India Pictures they can see the matches between India vs any other country on a new network, which is in association with Atrangi. “We have already telecast the Dubai vs Bangladesh matches of ICC, Oman, Bahrain, Saudi Arabia, Canada’s one-day match, T20 series, and Kenya’s League on the network,” Santosh said.

“Made in India pictures buys the rights to air and telecast on the network in association with Atrangi. The main motive of this network is to distribute the cricket match content to Vodafone India, Atrangi, Ullu, Shemaroo, Ultra, and Ullu Youtube Music. We are working on getting more and more telecast rights for as many cricket leagues as we can and also booking as many advertisements as we can get on the channel. We will also work on short films, web series, and TV shows. We have already co-produced webseries like Qubool Hain 2.0 and Raktanchal and also produced a show on MTV Date To Remember,” he concluded.