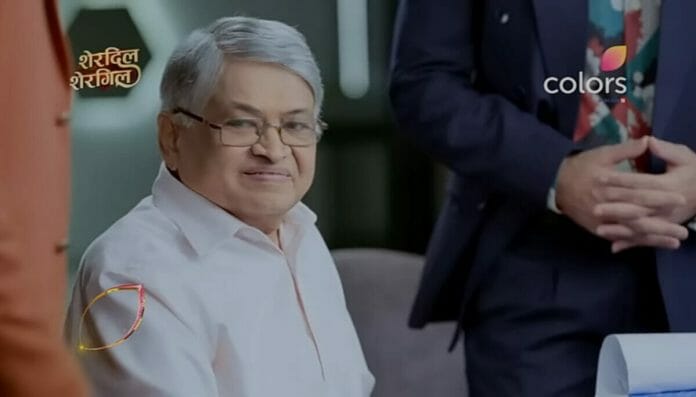 Colors TV show Sherdil Shergill is now focusing on how Raj who is hell bent of making Manmeet either confess her feelings or resign from her job, will now target the sky city project because of Mr Yadav’s request. However Manmeet doesn’t give up!

In The previous episode, Raj brought, Karan a new Architect and introduced him as chief architect for the sky city project. Manmeet felt low and talked to her parents and asked them when they are returning back as house feels too empty without Anmol.

Karan assured Raj that he can easily make 10 more floors and has presentation ready for the investors.
Raj invited Manmeet in his office and asked her to bring coffee for him. Hussain got angry and asked Raj to stop his behaviour. Manmeet asked Hussain to calm down.

Mr Yadav came to office with investors and asks Manmeet if she won’t join. She denied joining it but said she wont separate herself from Sky city project as it was always hers. Investors said they don’t have much expertise in architect so they have called Mr Patekar for advise. Mr Patekar listened to the plans of increasing the floors and said that he won’t go ahead unless he talks to Miss Shergill. While Mr Yadav got tensed about the situation, it will be interesting to see if Manmeet will come to attend the meeting.