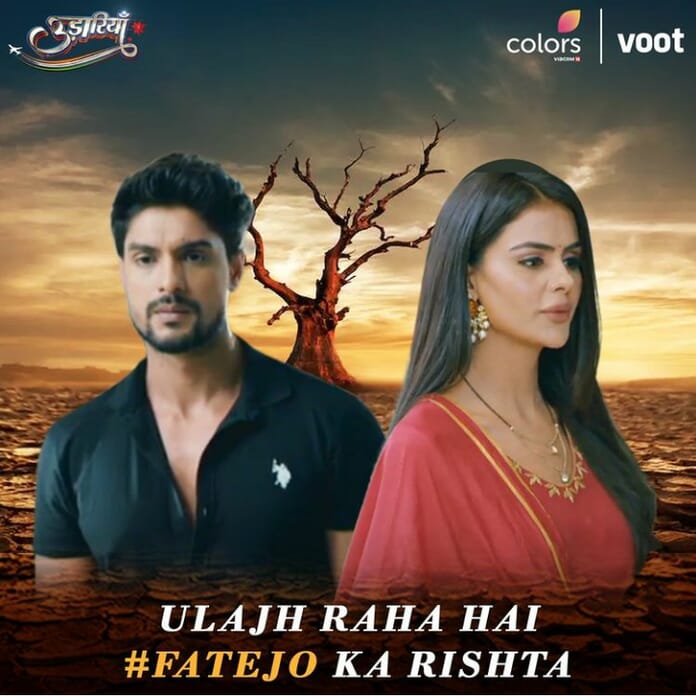 Scene begins in Simar announces to all that Tejo loves Anghad not Fateh they have been in relationships for last three years. Everyone gets shock to hear it. Jasmin comes near Tejo and question her Is Simar saying the truth? Tejo nods in tears. Fateh starts claps there and says that now his sister also supporting this girl. Simar says to him he is confused and took decision in anger. Fateh takes his mobile and shows the video to all where Tejo proposing him? He asks her to explain this? Tejo says to him there Jasmin asked her to propose the person whom coming in front of her in truth or dare game in Simar’s marriage. When she don’t it he was the one came there. Before she explaining it as a game to him he started lashing out at her. Fateh is not ready to believe this all. Jasmin reminds that incident and says to all she actually done like that but its her mistake she didn’t checked the video properly and misunderstood her.

Jasmin asks to Tejo if she loves Anghad then why didn’t she informed about him in front of all? Tejo stays silent there without answer. Anghad comes there and informs to all it was him whom took promise from her to don’t reveal their relationship to anyone till he come in front of her parents and asks her hands. He was not settled he needed to work hard alone because he don’t have father. He wishes to give all luxurious life to his Tejo that’s why he decided to come in front of them after he achieved everything in his life.

Actually Tejo informed to him about Jasmin’s marriage fixed with Fateh he can’t able to come here because his mom was sick. It’s hard for him to come to India leaving his mother alone. He promised to her that he will be there on marriage day. But when did he came here he was taken back seeing Tejo married to Fateh. He was angry on her for betraying him and left from here. But Simran whom revealed all truth to him actually what happened here. He turns towards Fateh and says that all are in mess just because of his misunderstanding. If Jasmin eloped from Mandap means he might go search for her instead of marrying someone forcefully. Did he ever allowed Tejo to explain her side? Not only him but also no one is ready to listen to her. It’s enough he don’t wanna see his girl in tears anymore. He asks Ruppy and Satti to give permission to their marriage. Ruppy if his daughter will be happy then they won’t say no to this alliance. Tejo hugs her mom in happiness. Fateh glares them.