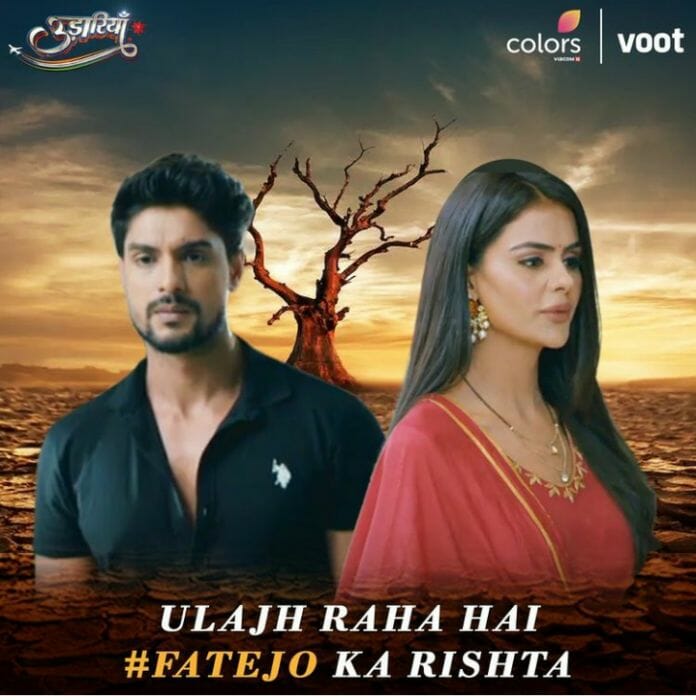 Scene begins in Fateh throws the things down in anger thinking about Anghad’s warning. He thinks how dare him to warn him? He is messing up with him for that Tejo! Whatever say she was married to him first and it’s her second marriage with him right? He is literally behaving like its her first wedding. Why is he so obsessed with that Tejo to mess up with him for her? He hits his hand hardly in anger. His brother comes there and asks him to sleep well tomorrow is Sangeeeth function full night will go in dance and party. Fateh fakes his smiles to him. He pretends like going to sleep. His brother notices his room was mess. Fateh lies to him that he was searching for his mobile to make emergency call he got it now. He nods and leave from there.

Later He notices Jasmin keeps calling him he gets irritate to see it. Later he convinces himself and attend her call. He is talking with her interestly because she is keep blaming him as irresponsible reasoning he didn’t even tried to convince Jasmin neither he tried to stop her from leaving. Fateh lies to her that he has fever that’s why he behaved like that. Jasmin feels bad for him and enquires about his health.

Another side Anghad talking with Tejo on phone happily. Anghad is busy in praising Tejo’s beauty and describing her mesmirizing beauty of her standing under moon light in terrace. He is comparing her eyes with the moon and says to her he wishes to see her smiling always. He says I love You to her romantically. Tejo blushes from other side. He keeps cracking jokes and makes her laugh. Fateh hears someone laughing sound and asks to Jasmin who is that? Jasmin says to him that Tejo is talking with Anghad brother in law. Hearing his name he got angry but pretends like normal. He starts looking for him in that house. Jasmin asks him to learn from him how to talk romantically with would be reasoning she overheard their conversation. Fateh asks her to stop talking about them. Jasmin asks to him why is he getting angry he tells her let’s talk about them instead of her sisters.

Fateh lies to Jasmin that he is not feeling well he will talk later. He goes to terrace and hides in darkness. He don’t like the way Anghad talking with Tejo happily like this. He is the person to stand in his decision what ever happens but he starts doubts whether Tejo loved him or that Anghad? He don’t understand why is he getting anger on them unnecessarily. Even after his lover returns he is not genuinely happy for it but Tejo’s marriage with Anghad hurting him to the core and make him lost his mind and keeps disturbing him.