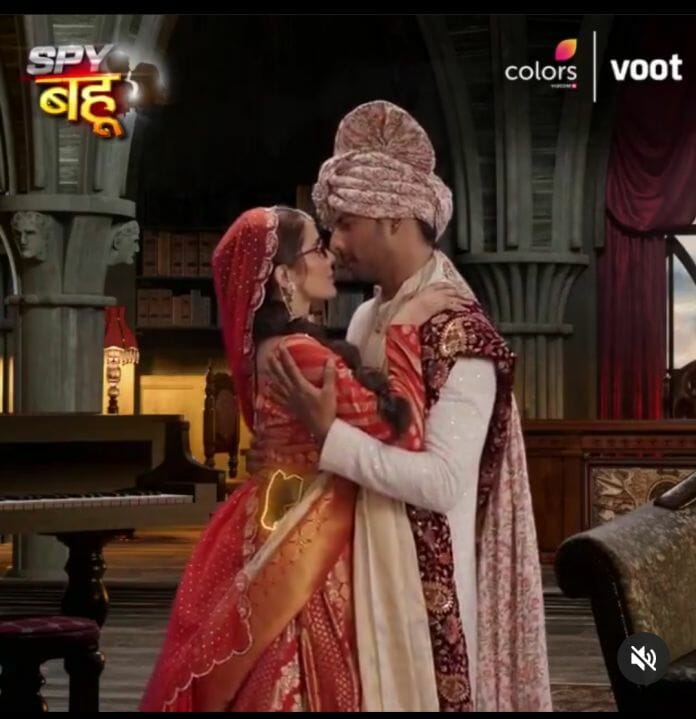 The episode starts with Shail taking Yohan to a bar. Shail mixes something in Yohan’s drink and persuades him to drink it. Shalini tells Alisha she did not let Shail do bachelor party because boys go out of control in such parties. Alisha asks Shalini where are everyone she also wants to go to the party. Yohan tells his head is spinning. Krish tells if he can’t handle cold drink how will he handle Alisha.

Krish brings dancers and tells them to dance with Yohan. Shail tells Yohan he will take him to the room and he can rest there. Shail brings Yohan to a room and he falls unconscious. Shail pays two girls to do their job and leaves. Shalini brings Alisha to the room but is shocked to find Yohan missing. Arun tells everyone he doesn’t even remember when he was so happy the last time but he knows Yohan and Alisha will stay happy together.

Shalini tells Arun we are unable to find Yohan. Shail tells Yohan was not in the room instead we found two girls tied in wierd costumes. Flashback shows Sejal following Shail and kidnapping Yohan. Alisha tells what was he doing with those girls? Alisha tells her dad to find Yohan at any cost. Veera tells Alisha that Yohan would never break his promise and he would come to marriage. Drishti tells maybe Yohan is doing a prank with us or got busy in some work.

Alisha tells she will marry Yohan at any cost. Minister threatens Arun that he won’t hurt his daughter and it won’t be good if they don’t Yohan. Arun tells Drishti both you brother and sister have insulted me, first you ran away and now your brother. Drishti tells Avishek to use his sources and find her brother. Sejal ties Yohan on a chair and remembers him convincing Farid for the mission and giving money to him. Sejal tells you have taken so much lives and instigated so many innocent people on the wrong path. Sejal tells she lost her brother and many innocent people lost her family and Yohan will pay for it.

Saras and Minal come to Nanda house but the security tells them Sejal never returned here. Shail tells Shalini that Yohan missing was not a part of their plan. Flashback shows Shalini planning to get the girls click intimate pictures with Yohan and break his marriage with Alisha. Sejal tells Yohan she won’t let him die so easily,she wants him to feel the pain that she is feeling right now.

Arun tells he thought Yohan cares for his sister but today he proved he cares only for himself. Arun tells Drishti that he made a deal with Yohan to accept her in return for him marrying Alisha. Veera begs Arun to shut up. Drishti cries and tells he made a deal of his own children’s happiness. Veera takes Drishti with her. Arun tells Avishek if he wants Drishti doesn’t loose her house then go and find Yohan and bring him back before marriage.

Avishek tells he will bring Yohan back because a lot is at stake here. Arun tells everyone to do marriage preparations because this marriage will happen at any cost. Shail gets worried for Yohan and tells Shalini he mixed the powder himself so it’s not possible for Yohan to leave himself. Shalini tells not to worry because Yohan is the kind of person who creates trouble for others not the one to fall into trouble. The episode ends with Sejal deciding not to end Yohan’s life with a bullet as she wants him to die everyday.