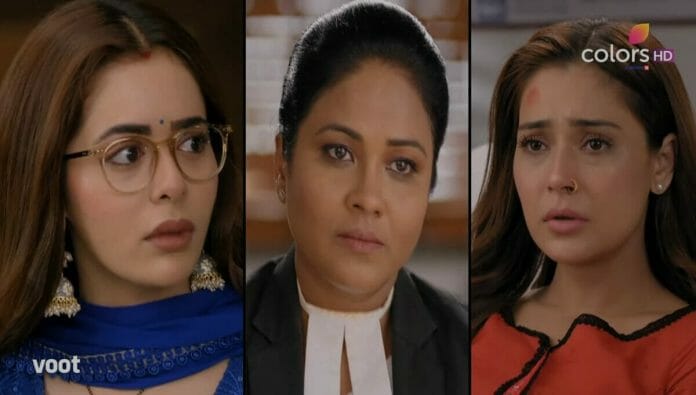 Colors TV show Spy Bahu is at an interesting turn where in Yohan has been falsely accused of molesting Ahana. While the former doesn’t remember anything that happened, latter has been acting like the victim. How will Sejal prove Yohan innocent?

In the previous episode inspector told Sejal that Ahana’s medical reports already proved that she had been physically assaulted but they can wait for Yohan’s medical reports to come and find out if Yohan was one who had molested Ahana. Sejal asked Yohan to remember what had happened that night.

Yohan told about Ahana coming to his room and trying to get close but he kept pushing her away and then fell unconscious and doesn’t remember how he has those nail marks on his body. Ahana had faked a story to inspector that she was hired by Veera to act as Mahira and didn’t know Veera was terrorist. Ahana lied that she was afraid about being killed by Veera so she thought to get help from Yohan but he molested her.

Inspector informed Sejal and everyone that sample from Yohan had Ahana’s DNA. Sejal told Sk sir how Yohan had changed the hotel last night and wonders how Ahana knew about new hotel when Yohan himself didn’t know. They understood someone else was involved in the plan. Veera was shown smirking in the jail. Is she still the mastermind?

Will Sejal be able to prove that Ahana is lying?