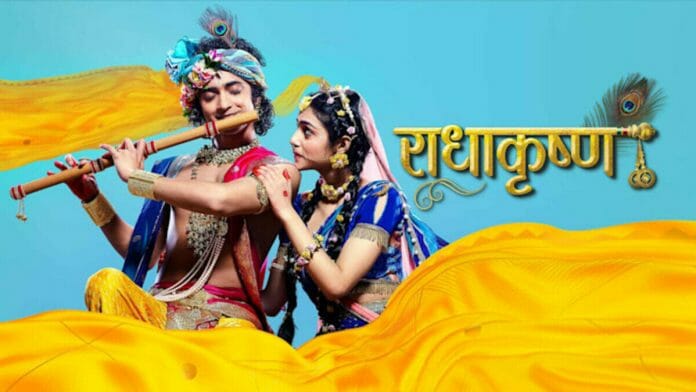 By Smita Pal| Star Bharat tagline Dil Deke Dekho Zara has been faithful to their lovely content for a long time. Star Bharat has always managed to win the hearts of the audience with their beautiful stories. One of Star Bharat’s long-running shows, RadhaKrishn, produced by Siddharth Kumar Tewary, Rahul Kumar Tewary, and Gayatri Gill Tewary for Swastik Productions, has made a place in the viewer’s heart. Portraying the eternal love story of Radha, played by Mallika Singh, and Krishn, played by Sumedh Mudgalkar, the show has embarked on a long journey of four years.

As per sources, the show is soon going off-air and will be replaced by a new show, “Meri Saas Bhoot Hai.”