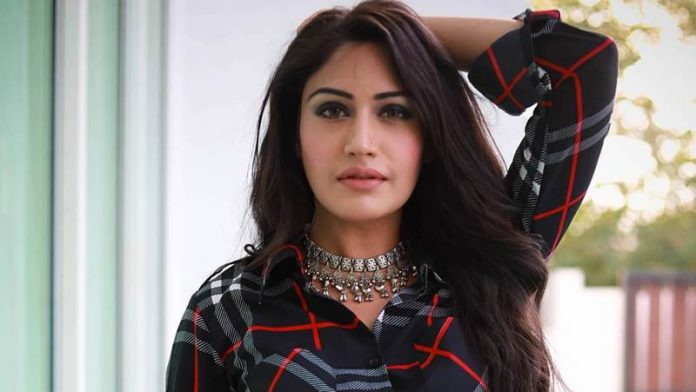 Surbhi Chandana not being the part of Ishqbaaz post leap has taken the twitter down with a storm. Surbhi playing Anika in the show might not be having a screen space post leap in the show. Fans and followers are stunned to hear this news. Surbhi is not only a talented and outstanding actress, but she is also a sweetheart to her fans and followers. This stunning leading lady of Ishqbaaz took some quality time to reach out to her fans. The sweet actress shared a stunning picture of her caught on camera at a right moment with the caption, “This is exactly what I want ALL of YOU to do RIGHT NOW PLEASE. SMILE is a curve that sets EVERYTHING STRAIGHT  #calmingbreezeyourway.”
https://www.instagram.com/p/BqRX2_jF6jD/?utm_source=ig_embed
Earlier Subhi promised her fans that she’ll talk soon and she kept her promise. She also thanked her fans for keeping patience about this issue. Surbhi was not willing to play the role of a mother at the early stage of her career, so the baby track was pulled in and called off by the production house. Later when the leap was confirmed the maker of the show wanted to pull off a story of the next generation while Surbhi is uncomfortable playing the role, they decided to end her character. While fans are making a trend war in social media sites calling for support to retain Surbhi, the trend #NoSurbhiNoIshqbaaz is going on full throttle While Surbhi is not ready to play a role of the mother of a child in the show, fans are stubborn enough not to leave the makers to replace Surbhi as Anika. But as the show has to move on either with or without few talented actors, the hunt for the new girl opposite Nakul Mehta has already started. When asked the ace television producer Gul Khan told if there was any other choice, they wouldn’t have opted for a leap.