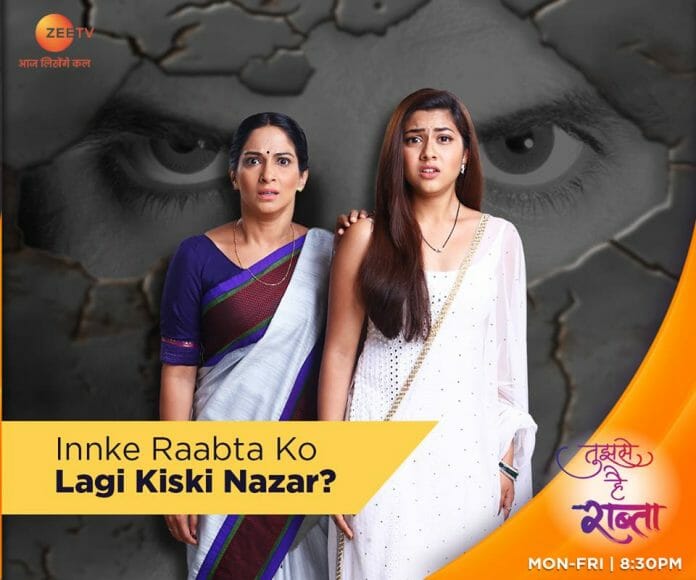 Episode starts with Kalyani falls on the glass pieces and shouts Malhar ji and I can even die for you and Moksh but don’t ruin your name for me. Malhar cries seeing his pics with Kalyani and says you’re my love and breaksdown reminding his moments with Kalyani. Malhar imagines Kalyani is with him and when she dissapeared he gets worried and shouts I will do anything for your safety Kalyani.

Anupriya worries for Kalyani. Swara asks Anupriya to don’t worry about Moksh because he is fine now and Kalyani is with and asks about why they came to Orphanage. Anupriya says it’s my house and I raised here with Keshav and I decided to donate money when I get salary so I came here to donate money from yesterday sale money. Sisters feels happy seeing Anupriya. She informs sister about her job and sister feels happy. Atharva takes doll from girl saying it’s their doll. Anupriya giver her doll and consoles that girl and asks her name. Little girl says Ridhi rane
Anupriya reminds her flashback moment with Sarthak. Where Sarthak wanted to keep his daughter name Ridhi if he have any kid in the future. Anupriya sends Atharva and Swara outside and donates money to sister and enquiries about Kid parents. Sister informs that kid parents are Mithali and Sarthak. Anupriya gets stunned.

Atharva comes to room and asks Anupriya to call Kalyani because Moksh is crying. Malhar cries seeing his police station and kisses his police cap and reminds how kidnappers want him to prove as deshdrohi to save Kalyani. Pawar says today we can get Aahir and informs Commissioner assigns chief minister duty to him.

Two naxals takes Kalyani from glass pieces and she shouts to leace Malhar and don’t make him as Deshdrohi.

Cm feels happy to meet Malhar after 4months and asks Malhar about Kalyani and praises her bravery. Malhar stays silent. Cm asks him to say something. Malhar aims gun at CM. Cm assistant shouts for body guards and Pawar tries to stop him.

Assistant says ACP tried to attack Cm. Cm says he is no longer Acp and gets him arrested and asks his body guard to takes off all his medals because he is backstabber. Malhar cries and thinks today I want to listen same word and I can do anything to save my Kalyani. They removes his medals and badges and beats him badly. Pawar notices pistol is empty and what’s Malhar real intentions. Naxals bring Kalyani to somewgere and thinks to kill Kalyani if they won’t get any positive news from Malhar side. Kalyani asks them to kill her for their revenge and request them to don’t make Malhar as deshdrohi because he loves his country.

Body guards takes Malaher in car and he notices he have only 10m to reach the spot and he manhandles driver and other guards to escapes from car. Naxals says time is over and asks their van driver to move car from Kalyani.