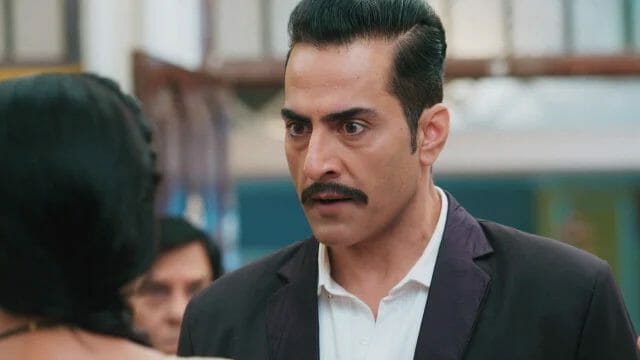 In today’s episode, Rakhi tries to instigate Barkha against Anupama. She reveal to Barkha about Shah’s history. Barkha tries to avoid Rakhi. Rakhi tells to Barkha about Malvika and Vanraj’s issue too. She adds Anupama is Kapadia now thus she wanted to tell her everything about her past. Rakhi says Anuj is crazy in Anupama’s love. Barkha stands stunned. Anuj and Anupama share an eye-lock.

Barkha says every family has an issue. Rakhi says Anupama is smart as she wants Anuj, Vanraj, Kapdia’s and Shah’s too. Anupama comes and asks what is wrong what if she is trying to balance her relationship. She adds she is unaffected if anyone calls her selfish. Anupama says relationship is important for her and adds no family can break if everyone starts to value each other. Rakhi and Barkha stand stunned. Anupama gathers everyone to start the function.

Later, Kinjal says Rakhi is a good mother but being a business woman she didn’t gave her the love she craved for. She adds Anupama filled the gap. Kinjal calls her best and asks Anupama to become her upcoming baby ‘godmother’. She adds she wants her baby to have values like her.

. Barkha taunts Rakhi over Kinjal giving respect to Anupama. Rakhi asks Barkha to look at Sara too; she is also getting closer to Anupama. She asks Barkha to join hands with her. Barkha sides Rakhi. Anupama spots Barkha and Rakhi together.

In the upcoming episode, while Shah’s celebrate baby shower, Adhik will fetch an opportunity and will take her aside. Vanraj will beat Adhik to the blue. Others will get shocked. Vanraj will expose Adhik? Keep watching the show for more entertainment