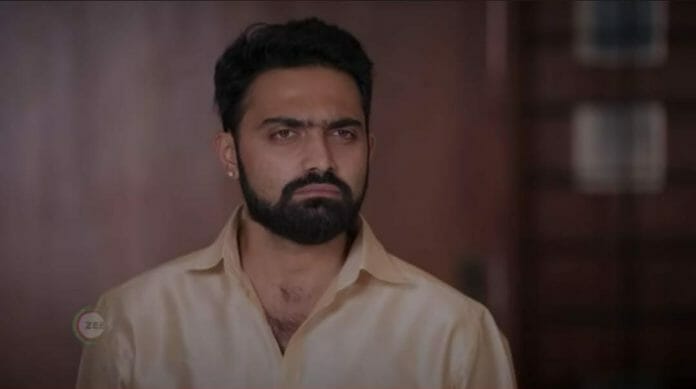 how Vidya No1 is gearing up for drama with Vedavalli getting a shock of her life when Manasa and Karthik return home as a married couple.

Previously, it was seen that Vedavalli cut all ties with Manasa. She asked Karthik to take the property and money and to get out. Manasa and Karthik sought only Vedavalli’s blessings. Manasa was about to reveal that Karthik saved her. But Abhishek interrupted them. He accused Karthik and Manasa for defaming him.

Vedavalli also supported Abhishek. Manasa requested Vedavalli to bless her. But Vedavalli refused stating that they were a stranger for them. Sanjay decided to call police when Karthik and Abhishek fought. Manasa defended Karthik.

Manasa gave the jewellery and walked out holding Karthik’s hand. Preethi’s mother urged Vedavalli to get Sanjay and Preethi married immediately as she didn’t trust Sanjay anymore. Vedavalli gave Sanjay the nuptial threat and asked him to marry Preethi immediately. Sanjay and Vidya are shocked to hear this.

In today’s episode, it was seen that as Vedavalli was urging Sanjay to marry Preethi, Sanjay decided to tell the truth about his and Vidya’s wedding. To everyone’s surprise, Preethi refused to get married to Sanjay in this way. She wanted a grand wedding to make everyone forget what Manasa did and make Vedavalli proud.

Vedavalli was impressed with Preethi. She promised Preethi that Sanjay would marry her only. Later Vidya revealed Abhishek’s truth to Sanjay and Vijay and Karthik married Manasa to save from committing suicide. A furious Sanjay and Vijay trashed Abhishek.

What will happen next? Will Vedavalli accept Manasa and Karthik?