Episode begins with Saaransh asks Preesha to dance with him. She gets emotional and holds his hand and nods at him then hugs him. Rudraksh joins them ( Title song plays in the background ). Anvi asks Armaan that didn’t Preesha came to console her. Armaan tells her that Preesha is busy with her real family so she won’t come to her. She sees Preesha dancing with Saaransh. He asks her to accept that now Preesha don’t love her.

Preesha asks Anvi to join them. Armaan and Sania tells Anvi to not go. Preesha tells Rudraksh Anvi is angry with her still and she could not talk to her because of Armaan. Rudraksh thinks that he feels like Armaan is behind this. They goes to Anvi and convinces her to dance with them. Sania tells Armaan that their hard work went in vein again. He tells her that they just need to provoke Anvi.

Rudraksh and Preesha dances with Saaransh and Anvi. Digvijay gets pissed off seeing that and leaves the house to get some fresh air. He hears Bunty talking to his friend. He understands that Rudraksh trying to find out the scammer with Bunty’s help and goes inside. Armaan tells Preesha that he is glad that she is happy with her real family but he and Anvi will miss her so much for sure once the latter leaves. Digvijay takes Armaan with him and informs him that Rudraksh tracking that audition call number. Armaan calls his accomplice but no response from other side.

Digvijay notices Rudraksh leaving the house. Bunty asks Rudraksh to call the number and his friend will track it. Armaan calls his accomplice again and asks her to destroy the sim card she used to call Rudraksh for audition. Rudraksh tells Bunty that no response from other side so seems like scammer already got rid of the sim card. He says to him that he still feels that Armaan is behind this. Bunty tells him that they don’t have any evidence now and asks him to focus on sangeet. Rudraksh nods at him and asks him to join for sangeet. Bunty tells him he is busy and leaves from there.

Digvijay announces that now Sharda, Vasudha and Gopal will dance. They dances on “Punjabi wedding song” song. Armaan notices that Rudraksh seems upset which proves that he didn’t get to know anything about him. He asks Rudraksh and Preesha to dance. Rudraksh asks him that why the latter seems happy suddenly. Armaan asks him that what the latter saying. Rudraksh tells him that the latter looks like he escaped from something. Then they changes the topic and everyone dances.

Later Rudraksh tells Preesha that tomorrow he will marry her in South Indian style first then Punjabi wedding. He lies to them that he lost his handkerchief and takes Preesha inside. He kisses her and talks about their romantic nights ( Kithe chaliye song plays in the background ). 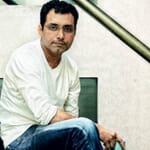 October 26, 2021
After the sensational success of the espionage thriller Special Ops, Disney+ Hotstar and Friday Storytellers present an all-new exciting extension to the shows universe... 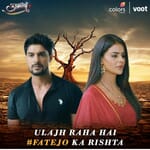