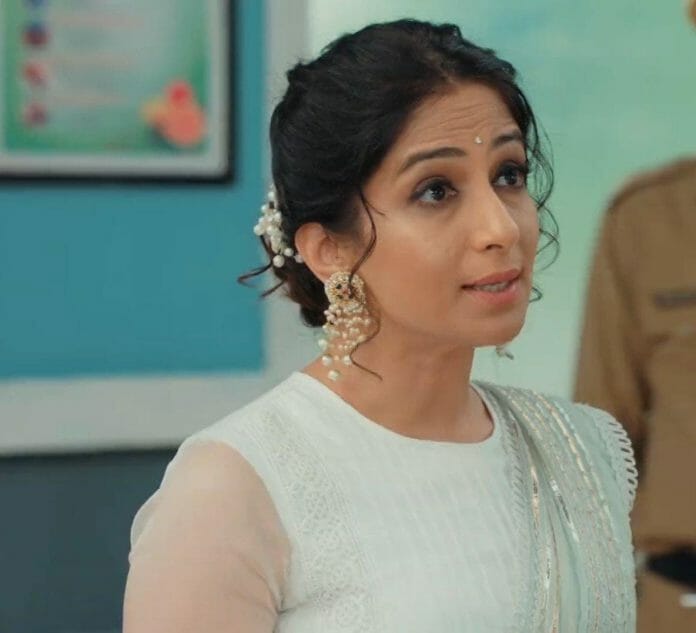 Abrar Qazi and Sargun Kaur Luthra starrer Yeh Hai Chahatein is one of the top Star Plus show because of the interesting storyline. The twists and turns of the show have glued us to the screens. Preesha learns about Revati’s real intentions and confronts her. Meanwhile, Revati executes her new plan against Khuranas so it will be intriguing to watch that what going to happen in the future episodes.

In the current track, Preesha informs Gopal that Revati brought snake to their home. He reveals that he already suspected Revati and says that how Revati instigated Sharda against Vasudha and how he saw her in Saaransh’s room. She tells him that they have to find proof against Revati. He suggests to meet Tarun. They meets Tarun. Preesha informs him about Ruhi and pleads him to tell the truth. She asks him that if Revati forced him to take Saaransh’s name. He accepts that Revati threatened him. Other side, Revati brings the police to the hospital saying that it’s a drug case and they have to arrest Saaransh. Doctor says that Ruhi didn’t consume drugs but chalk powder. He recalls that how Preesha convinced him to lie. Revati sends the police from there and understands that Preesha got to know everything. Later, Rudraksh and Preesha cancels the marriage. Ruhi wakes up and asks them to not cancel it for her sake, so they decides to marry. Next day, Gopal tells Preesha that he installed spy app on Revati’s phone. They follows Revati and finds her meeting their caterer. After some time, Revati serves ‘kheer’ to Khuranas and wonders that why poison didn’t work. Preesha recalls that how she exchanged the ‘kheer’ when she saw caterer mixing poison in the ‘kheer’ on Revati’s behest. She thinks that she won’t let Revati achieve her goal.

In the upcoming episode, Preesha will tell Revati that she knows her real intention. Later, marriage rituals will begin. Everyone will faint because of smoke. Preesha will get shocked seeing that from upstairs.

Where is Revati now? Will Preesha be able to save everyone?