Vardhan says he is seeing how Uma gets disrespected in this house, he feels pained seeing her pain. Shalini asks what is his relation with Uma, he says they are not related yet, but he wants to make a relation, he asks Uma if she will marry him. Kalindi remembers Angad proposing her, she remembers how Shalini warned her to stay away from Angad, she agrees to marry Vardhan. Shalini pretends to be happy and asks Uma she could have told earlier that she likes Vardhan and Vardhan likes her, all this drama could’ve been avoided. Angad feels hurt and congratulates Uma, Vardhan. Paridhi hugs Angad.

Kalindi asks Vardhan what did he do, he says   there’s no force, she can agree only if she likes, she need not think about family. She accuses him for leaving her alone to die in jungle. Vardhan says he didn’t leave, he fought with rakshas, he asks if she doesn’t believe him, he shows injury marks.

Shalini tells Prithvi not to kill Kalindi before marriage, otherwise Angad will be sad and wedding photos won’t be good. She asks him to find a way to keep Kalindi alive till marriage and also being safe from Brahmarakshas. Shalini meets a tantrik lady to find solution, lady says they can’t kill brahmarakshas, only one man has that power. But she can’t tell who is that man as she left this puja, magic many years ago. She says a man is searching for brahmarakshas and she will meet him soon. Madan is searching for Vardhan.

Angad video calls his team and allots them work to find about Vardhan bank accounts, birth certificate, social media accounts etc. Robin asks if he is ready to do anything for his love, Angad says Vardhan came out of nowhere and proposed Uma, Vardhan is always seen in jungle, that day he saved Uma in forest, and he was there in forest when Uma was attacked. There’s also news of rakshas in jungle, Vardhan is surely related to rakshas. He asks Robin if he will help him. Robin nods and says they will start from hotel.

Tantrik lady meets Kalindi’s father and praises him to fulfill all duties despite not being Kalindi’s real father. Flashback, He finds a baby in kali mandir, he feels he is destined to become baby’s father, tantrik lady tells him the baby is born in auspicious nakshatra, she has power to destroy Brahmarakshas, but they have to face many troubles. He says this is Mata Rani’s decision and he will abide by it. The lady names baby as Kalindi. Back to present, he stayed away from Kalindi as he will make her weak staying with her, she has to get the fire to take revenge, to kill rakshas.

Angad, Robin ask hotel manager if he finds anything strange about Vardhan, manager says Vardhan stays with an old lady age around 70, they have candle light dinners and walk hand in hand.

Vardhan, Kalindi engagement is to happen in hotel, Vardhan introduces Gehna as his aunt. Gehna angrily looks at Kalindi and says no one can separate her from Vardhan. Shalini says Uma is very good girl, she will serve them well. Angad, Robin disguise as waiters and serve them dinner. Vardhan tries to feed sweet to Uma as its good occasion, Gehna gets jealous and breaks a bowl, Vardhan holds her hand and asks if she is fine, Gehna places her hand above his, Robin sees it and gets shocked. Shalini tells them to start ritual, Vardhan takes Kalindi’s hand to put ring, Angad sees it from window and shows light towards Kalindi, she faints, they wake her up and asks if she is fine, she puts the ring herself. Kalindi sees Angad removing fake beard and asks if she can go to washroom, Vardhan nods. Gehna quickly puts ring to his hand. Robin sees it shockingly. Shalini says ceremony is successful.

Kalindi asks Angad why he came to hotel, he says he doesn’t like Vardhan, he researched about him, Vardhan doesn’t exist at all in records, even criminals have records, Vardhan is dangerous than criminals. He says she is educated but agreed to marry a man she knows barely for 2 days. Kalindi says when she was 5, wolf killed her parents, since then she gets bad dreams of wolf attacking her, she went to forest with Vardhan to know her answers, may be she is doing this marriage for same reason. Angad says she shouldn’t fall in other problem while solving one. She emotionally says she wants to stay peaceful, normal, she wants to live for her sister. Angad consoles hugging her, he says she isn’t alone.

Gehna tells Vardhan he has to marry Kalindi on Diwali night, otherwise Kalindi will get powers to kill him as she is turning 21.

Minty asks Kalindi why she agreed to marry that Kali Vardhan. Shalini comes and says she has a good news, Vardhan’s aunt called and said marriage is fixed in 2 days, Kalindi asks so soon? Shalini tells her not to worry, her chacha, chachi will do marriage grandly, she shouldn’t do any cleaning or study, she should apply creams and get ready for marriage.

Kalindi tells Angad she doesn’t want to marry Vardhan, Angad asks if she trusts him, she nods. Angad goes to police station and complains he lost money, he doubts on Vardhan. Madan shows a photo to Angad and asks if he is the man, Angad says yes. 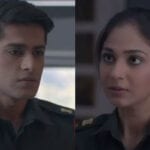 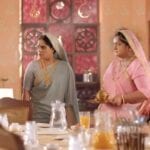 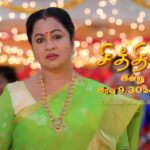