Episode begins with Pari and Pooja are coming on stage and announcing the much awaited dance performance of the groom and bride i,e. Rohit and Sonakshi. Everyone clapped for them and Ajit gets excited to see their performance together. The light goes off and Rohit and Sonakshi are on stage. They start their dancing on Maahi Ve song and everyone is adoring them.

Suman and Veena comes there with a worried face but gets happy to see their kids are happy and enjoying to the fullest. Rohit and Sonakshi gets lost in each other and Rohit is performing really well along with Sonakshi to make her feel happy and their performance to be one grand. There comes a moment when Rohit has to perform the difficult step and Sonakshi got skeptical while YK and Raima gets alert to see if they can pull it off or not.

Rohit and Sonakshi successfully performed the step together and ended their dance performance with a romantic lift followed by a head bump and smiling face. Everyone stood up and clapped for them including Sulochana and Veena and Suman is happy to see all this. Roht signs Sonakshi that he did manage to pull the dance off really well and Sonakshi smiled at him and hugs him only to realize they are in front of so many people.

Sonakshi post her performance is looking for Raima as she feels Raima can be upset with her so she needs to meet her and say sorry. Rohit asks her about it and then he assures her that Raima is a cool and chilled out girl and she doesn’t mind on such small things. Sonakshi ask Rohit if he is sure about it and Rohit says yes and then he told her that today he performed better than her with all that lifts and stuff. Sonakshi face really and then she puts black spot behind his ear so that he will be away from evil eyes.

Rohit takes Sonakshi inside the room but before they can spend some moments at least with each other alone Ajit and Pulkit arrive there with a worried face. Rohit ask what happened to them when it finally said that dad is going in the mid way of the function because there was a rift created between Suman and dad as Suman dad to ask for an apology from the media.

Sonakshi get shocked to listen today’s and she asked why should Naren uncle have to ask for an apology from the media in the first place?

Naren is in the room and he is in no mood for asking you sorry as he feels what he has done was completely correct. Sonakshi comes there with Rohit and she requested Naren to listen to her for once. Naren was not ready to pay heed to her words but Rohit also requested him to listen for once as it will not cost him anything. Narendra tones Rohit for being a puppet of Sonakshi even before getting married. Rohit says do you understand the difference between flattery and loyalty? Naren finally agreed to go to the room where the media is present to have a word with them.

Sonakshi comes to the room where the press is waiting for them and the press starts to shout and go restless. They claim that they will not going to step down without an apology from Naren himself. Sonakshi sinha’s I understand what is your demand but everything has a proper and decent way to happen isn’t it? She slams a journalist for talking to her would be father-in-law in a very rude manner. she says he is your father’s age and how will you feel if someone talks to him in such a way?

Sonakshi took the side of Naren in front of the media but he didn’t let them get angry on her and navigate the whole situation that took place in a calm and composed way that the press people also but convinced and satisfied with her words. She calls narain in front of them and touch his feet to ask for an apology on behalf of the press and media for bothering him when he was in an emergency for a patient. She also says that even media people is her family and if they are upset it is your responsibility to pacify them. She is going to ask for an apology from the media persons as well but Rohit comes forward and says our relationship is equal rights so we will ask for sorry together as well. Both of them says sorry to the media person on behalf of their family members and Naren.

Kahaan Hum Kahaan Tum 31st October 2019 Written Update: Rohit and Sonakshi is back together after a small fight

The media people get convinced and they ask both of them not to say sorry to them as it is resolved now. They all clap for Sonakshi and says only you can do that madam and says we will cover each and every bit of your marriage. Rohit get impressed with Sonakshi and he feels proud to have her as his life partner.

Later on, sign a contract with the hotel authority for appearing in their events with a 3 year contract. She goes to say bye to her in laws but before that she halted and goes to talk to Rohit who is with his brothers and uncle. She asks for Raima and also inquired about Tania but they says is that all of them are fine. YK almost blurted out there plant Sonakshi but somehow he manages to to cover it up.

Sonakshi girls to saying bye to Veena, Naren and badi mumma. Narendra also becomes soft towards Sonakshi and she hugged her and says no need to say thanks because I am like your father. Suman and Sonakshi both cake happy to save this and Bina promise to appear at the house next morning with mehendi at 9:00 a.m.

Sulochona noticed Suman is alone and is handling the stuff and she does her usual work of provoking people. This time she made from Suman insecure about Rohit and Sonakshi future and indirectly advises her to enquire about the share of property Rohit is going to have from the wealth of Sippy family.

Precap : Rohit, Akash, Rohan, Ajit and YK are celebrating bachelorette party. Sonakshi gets to listen over the phone that they are having a gala time over song and dance and she gets angry. 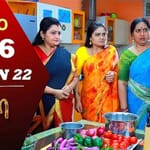