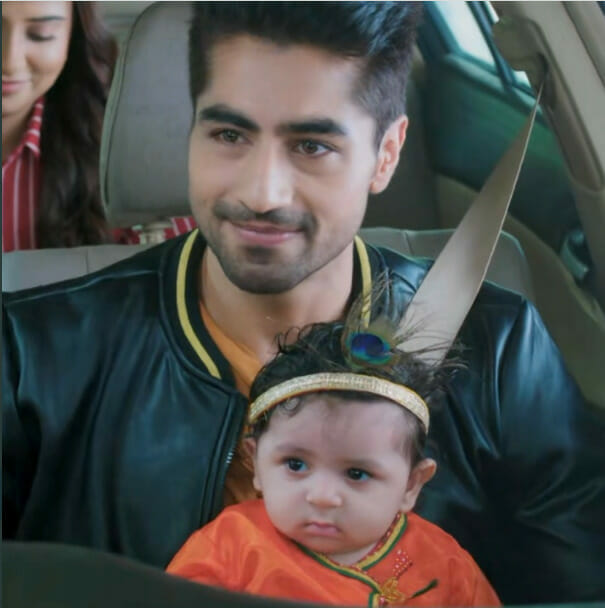 Abhimanyu think Akshara left him one year ago and if today she will not make up to him than he will not spare her. Akshara leave the house and think she kept her promise. Mahima inform Abhimanyu that Manjiri slipped into coma. She holds Akshara responsible and asks Abhimanyu to keep his promise and punish Akshara. Abhimanyu stand stunned.

Goenkas pray and wait for Akshara’s return. Kairav think Akshara by now would have reached Abhimanyu. To Goenkas surprise Akshara entered the house singing ‘O Kanha’. Kairav and Akshara perform aarti. Abhimanyu think Akshara betrayed him. Arohi gets upset seeing Akshara back. Suhasini says Kairav and Akshara both are here thus it is time for a celebration. Akshara celebrates with Goenkas. She asks Arohi if she isn’t happy seeing her. Arohi says seeing her she is shockingly happy. Akshara tells their happiness is going to be double because she fetched evidence that will prove Kairav innocent. Suhasini and Swarna say they knew Akshara will bring lots of happiness back too. They decide keep a puja at house. Akshara tell to Kairav that she left the evidence at Abhimanyu’s room. Arohi over hears Akshara and Kairav’s talk.

Abhimanyu asks Neil to be with Manjiri until he returns back. He says he has to do puja for Manjiri and has also to finish an important work. Neil think what all is left to see. Manjiri console Neil. Arohi think about informing Mahima that Akshara returned with evidence. Abhimanyu decide to meet Akshara. Akshara gets excited to see Abhimanyu. She gets decked up.

Precap: Manish and Kairav gets arrested. Abhimanyu tells to Mahima that he kept his promise by getting Kairav arrested. Akshara visit Abhimanyu angrily.