Kahaan Hum Kahaan Tum : -Rohit opens up about a big secret to Sonakshi

Star Plus popular show Kahaan Hum Kahaan Tum is is going through some high voltage drama these days regarding the adoption of Pooja and the suspense created regarding her real parents identity. Not only that, Rohit is trying his best from the very start to suppress the reality of adoption under the carpet. However the audience of the show recently witnessed that Sonakshi comes to know about the entire truth in an unlike way which is putting the personal relationship between Rohit and Sonakshi on stake.

In the last episode we have seen, Sonakshi caught Rohit and Rani together in his hospital cabin there only she also got to know about Rani is not being the mother of Pooja and she is planted in the house by YK and Nishi. Sonakshi asks Rani to stay away from Pooja and Sippy family from now on. However she was equally pissed and angry with Rohit as well. In the episode of tonight the fans of the show will get to see, Sonakshi will slam Rohit for line to her continuously and kept her in the dark. Rohit tried to explain his side of state to her but she is too hurt to listen anything right now from him.

During the new year party at the house, Rohit will finally decided to have a word with Sonakshi as he can’t stand her ignorance for him. Rohit finally revealed to Sonakshi the real truth behind his attempt to hide the adoption of Pooja. He says to her that it’s been years that he is hiding this from the entire world and this feeling is killing him. Sonakshi gets stunned to know the reason behind his behaviour and both of them share an emotional moment afterwards. Will this relation of Rohit put a stop to the misunderstanding between him and Sonakshi? For more updates about your favourite show keep watching this space.

Star Plus popular series Sanjivani is all set for a major turning point in their show. Earlier it’s seen that Vardhan decides to trouble Sid for his revenge with Shashank. However Ishaani will alert Sid on right time and they both are on a mission to save Sanjivani from Vardhan. Now it will be seen that Sid and Ishaani sneaks into the luxury ward to find huge transaction details of Vardhan but someone enters the ward.

In the previous episodes it’s seen that Sid will be shook to the core on listening about his father being Shashank and the thing that it came out at a very wrong time breaks him even more. After Sid it’s Anjali who’ll be completely shaken by the revelation. However she manages to handle herself and joins Sid with her in lighting up Shashank’s body. Later Ishaani says Sid about Vardhan who wants his revenge from him for Shashank. She says they need to fight him. On the other hand Vardhan decides to completely destroy Sanjivani and shatter Shashank’s dream. He visits the secret door and thinks its time to reveal the secret.

In the upcoming episodes it will be seen that while Anjali and Juhi are busy contemplating the truth of Sid being Shashank’s son, Vardhan will make his next move to conquer Sanjivani. Later Sid and Ishaani join hands to save Sanjivani from Vardhan. Sid and Ishaani sneaks into Vardhan’s luxury ward as they doubt on it and starts searching for clues. They gets shocked seeing transactions in crore and to their hardluck someone enters the ward and they both gets shocked.
Will Sid and Ishaani finds the truth about the secret lab? Will Vardhan succeeds in ruining Sid and Sanjivani?

All these questions will be answered in the upcoming episodes.
To know what will happen next in your favorite show Sanjivani , stay tuned to this space. 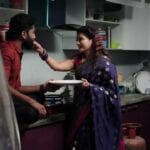